Where to begin with this one…?

I have no idea.

It was one of the weirdest sessions of my career.  And you know that is saying a lot.

I’m in a tight spot right now, because I don’t know how much I can disclose and still respect client confidentiality….

Well, to start: he booked me for four hours.  FOUR HOURS.

Four hours is a long time.  A lot can happen in four hours.

I received an email from the management: “You have a heavy smoking session, 3-4 hours.  Wardrobe preference is summer shorts, t-shirt, flats, heavy loud makeup, and BRIGHT RED LIPSTICK!” (yes, the “bright red lipstick” was in caps.  He really wanted bright red lipstick.  I had to re-apply it multiple times during the session).

Well, at least I could be comfortable for the four hours.  No corset, no high heels, no scratchy lingerie.  Only t-shirt and jean shorts!

FYI: I hate smoking sessions.  I used to be a cigarette smoker, so I can do them, but I haven’t smoked recreationally in years and it makes me feel physically unwell.

He made quite an impression on the Russian manager.  She denounced him as “retarded” and dumped his huge bag o swag on my lap.

He wasn’t retarded.  He was just crazy.

The Bag o Swag came with a note.  Part of it reads:

“The shoes haven’t been worn for more than 2 months.  There’s some soiling, obviously. This won’t hurt you at all.  I’d rather than you not wear the cushions in the shoes, but understand if you prefer to.  I will request that you walk a lot so that I can see the shoes at different angles.”

The shoes were 30 years old and completely worn out.  You couldn’t give them away.  They were pointy-toed, exhausted black ballet flats.  These shoes were gross, gentle reader. They were gross. I didn’t even want to touch them with gloves on!

One other Mistress said: “This creeps me out!  You know his wife or mother died in those shoes!”

Well, perhaps….probably….but I can’t prove it.

They were way too big for me.  After I sprayed them down the bleach and alcohol, I had to stuff the toes with cotton so that I could walk in them without the shoe slipping off.

There was a little bit of role-playing involved: I was to be a young, pretty girl walking on the boardwalk at the Jersey Shore, stopping periodically to window-shop or smoke a cigarette.  He would approach me and ask me out or try to make conversation.  I would laugh in his face and rudely rebuff his advances.

There was an undercurrent of hostility to all of this, as he would denounce me as shallow and say that I would only date men on the basis of their looks, and I would end up with a jerk who wouldn’t appreciate me and would die unhappily.

(Note: he told me what to say and how to act.  I wasn’t the one who came up with this.)

Oh god.  It felt like I was in that room with him all day.  I guess I was.

The last hour consisted mostly of him complaining about his job and watching me smoke.  Those cigarettes just about killed me.  He had a strange fixation with the lipstick on the filter.  I kept having to refresh the lipstick.

It gets better: this wackadoodle works in mental health services.  He’s a social worker who works for a mental hospital.  He has 42 cases.  He told me all about it.

“Are you happy in your life?” he asked me.

“Do you want to tell me about it?”

“Not particularly,” I said.

“Do you have a boyfriend that hits you?  If you do, you ought to leave him, because it only gets worse.  That’s what I always tell my female clients,” he said.

“No, but I used to.  I left him when he started to get violent. Had to get a restraining order.”

“I’ve never had a girlfriend,” he said.

I believe it.  He was too strange.  He was very, very lonely.

At that moment, I couldn’t help but have compassion for him.  I put my cigarette down and went over to him.  He was well-scrubbed and smelled like soap, so I knew he wasn’t gross.

“I can’t believe this is happening!” he exclaimed.  Then his chest hitched, and he burst into tears. He kept thanking me.  I actually thought that I might cry myself.

I got him some water until he calmed down, and then we resumed the session.

At the end, he asked to be left alone with the shoes for five minutes.  Boy, was I glad to get those things off my feet.  Those shoes were creepy and gross.

I have no idea what he did with the shoes while I was outside of the room.  I assume he huffed them or jerked off with them, but who knows.

When I came back in, he was getting dressed in his street clothes.  He put the shoes back in the shoebox.  And then–get this–he emptied the overflowing ashtray, ashes and cigarette butts and all, INTO the shoes.

Let me reiterate: he put the cigarette butts, with my lipstick on them, INTO the shoes.

“I had the time of my life!  I’ve done this over a hundred times, but you were really special!” he said.  “Nobody’s ever hugged me before!”

“You have a very generous spirit!” he said.

Then he took out his wallet and tipped me $150.  I made almost $500 that day.   Sometimes working at the Studio is easy money, but not that day.  Between the weirdness and the cigarettes and the emotional labor involved in managing that man and his desperate lonliness, I can say that I earned every penny.

That was one of the weirdest sessions I’ve ever had, and you know I’ve had more than my fair share.

What does he do with the shoes and the cigarette butts when he gets them home?  Eat them?  Jerk off with them?  Put them in a jar?  Does he wear the shoes himself (they were big and his feet were small; he could probably fit into them)?  I’m so confused.

I used the money to pay for more sessions with my personal trainer and my analyst, and then I booked an appointment at a new salon to get my hair done.  I’d like to start feeling pretty again.  I’m not going to mess with my natural color–every time I do that, I regret it, and right now I can pass myself off as either a blonde or a redhead–but I want to get the ends cleaned up and I think I would like to get bangs/fringe like Taylor Swift.  The Surgeon didn’t like bangs and made me grow them out, but he’s gone now, so I can wear my hair as I like.

I released the baby mouse in the park and bought a Venus Flytrap plant from Whole Foods Market.

I hooked up with the sailor (and they canceled Fleet Week this year!  BOOOOO!  A curse on you, whoever is responsible for that!  One of the fun parts of summer is walking around looking at all the handsome men in uniform!) and let’s just say that he is going back to his ship happy.

It was fun, but it’s still not what I need.

One more thing: I have discovered coconut water.  That shit’s been popular for a few years now, and I never drank it, assuming that it was just some trend.

Coconut water is from heaven.  Go drink some, and tell me I’m wrong.

I’m going to jump in the shower and go to work, and on the way, I am going to buy some coconut water.  Expensive, but worth it! 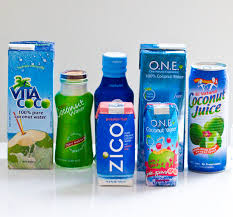 10 thoughts on “Weirdest Session of the Year”