Skip to content
The Biz - The Mathematician - The Surgeon

I lost two weeks of work because of Hurricane Sandy, so I’ve been hustling trying to make up for it because I won’t be able to work when I visit the family for Thanksgiving, either.

I went to see Skyfall with the Mathematician on Friday.  It was both very entertaining and forgettable.  It’s only been two days and I can hardly remember any of it.  Daniel Craig is a fun James Bond, but I think he looks like a chimpanzee in a suit: 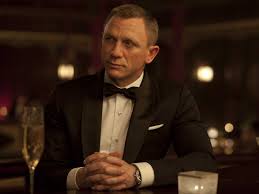 I’m sorry.  For some reason, I’m just not motivate to write right now.  I have to do some stepwork with my Sponsor, bake brownies for the meeting, and then I have an appointment with a new guy tonight, which always makes me nervous.  I’m going to meet him in a coffee shop first and see if he creeps me out.

Then I have to see the Surgeon tomorrow afternoon.  He told me that he felt like I was avoiding him, which I have been.  I feel like I’ve been kinda sneaking around on him, which doesn’t exactly make me feel very good about myself.  The Mathematician is still paying me and I haven’t had sex with him, but let’s cut the horseshit here:  if the Surgeon knew about him, he wouldn’t approve.  So the situation isn’t quite sleazy yet, but it’s getting pretty close.  Or maybe it is sleazy and I’m just in denial.  In any event, I hate to feel sleazy.

Finally, a client I got a little too friendly with last summer and haven’t seen in a while is pulling some bizarre, sketchy shit for reasons I absolutely cannot explain.  Like, he emails me pretending to be someone he’s not, asking me questions and trying to set up an appointment.  It’s weird and a little creepy.  Why would someone do that?

Okay, I need to do something to cheer myself up!  Brownies!  Gym!  Sponsor!