A domme at the Studio had a little trouble with the management recently.

She doesn’t let her clients jerk off.  This made one guy upset, and he complained to the ferocious, terror-inducing Russian manager.  You can guess what happened after that.

“You don’t let em jerk off?  Ever?” I asked her afterwards, incredulous.

“Degrading?  To you?  Maggie, he’s the one fapping like a dumb little monkey in a dungeon.  With a beautiful girl he’s not fucking.  Do you think any man who jerks off around you is not acutely aware of the fact that he is not fucking you?  And he’s out $240.  The only one who looks degraded in that scenario is him.”

“I never thought of it like that,” she said.

“You know I do a lot of sub sessions, right?  Guess how many of the male tops I see fap at the end, or even get undressed.”

“Almost none.  Because it takes their power away, and they know it.”

It always cracks me up when I read interviews with prodommes who go out of their way to emphasize to the reporter that most of their clients don’t jerk off or expect an orgasm.   I think these dommes are full of shit, and they’re lying because they’re embarrassed or self-conscious about working in the sex industry.  These prodommes try to portray the Biz as part therapy and part high art form.  It certainly can be therapeutic, and some sessions require a high level of skill and expertise–craft, if you will–but the bread and butter is a drive-through domination session with a man who knows (almost) exactly what he wants, how he wants it, and in my experience, at least two-thirds of the male subs and fetishists want an orgasm at some point in the process.  I understand the impulse to glamorize the profession and make it “reputable” to the outside world by omitting the inconvenient fact that a guy’s boner is involved, but let’s be honest: most people are never going to understand or accept BDSM and fetishes, and when you throw money into the mix and it becomes sex work (“prostitution”), it becomes even more radioactive.  I have a lot of kinky readers, and I bet every single one of them has lost a partner or experienced relationship problems at some point in their lives when they disclosed details of their sexuality.

I have seen sooooooo many men jerk off in my life.  I am sure a lot of average guys would not want to go out with me if they knew that, which is yet another reason I don’t tell anyone but my blog readers what I do, but it’s true.  At first it was frightening because, well, do I really need to explain why…?  Then it was weird.

Now, I just find it comical.  The situation is sort of absurd on a number of different levels.  Look where life has brought us, strange dude in my dungeon.

Sometimes, if I had a really good session and established rapport or emotional connection with the client, it’s sort of fun watching him jerk off and knowing that he’s having fun.  I feel a happy for him.

Boy, if you people only knew all the different ways men have of jerking off!  I’m not just talking about technique here–some men have odd or elaborate methods in place.  Some are so unusual that I wonder how the man is capable of achieving orgasm with a woman during regular intercourse.  I have to run to work and then rehab now, so I’ll wrap it up with the most memorable client-fapping experience of my career: Vacuum Cleaner Man.

He brings in a vacuum cleaner that looks like this, only it’s more old-fashioned.  It’s old-fashioned because it is.  He’s been using it to jerk off with for over 20 years. 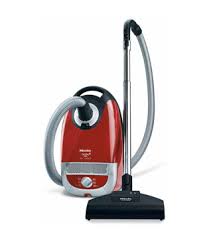 He took the head attachment off of it, so it’s just the vacuum and the bendy-tube.

His session is always the same: it starts as a role-play where the Mistress plays either a doctor or, more often, a psychiatrist.  He is the patient.  You take notes on a clipboard, with your hair up in a bun, wearing glasses.  He lays on the couch and confides that he needed to consult with a shrink because of some sexual issues he’s been having.

“What issues?  Can you elaborate?”

“I see.  I’ve never heard of anything like that before.  Would you be willing to demonstrate this behavior in front of my colleagues so that we can better understand your case?”

He says yes, so you leave and come back with four or five other ladies.  They all have clipboards and white lab coats or suits on if possible.

Then, well, he opens his pants, puts his penis in the vacuum cleaner’s hose…and turns it on.

The first time I saw this, I actually screamed, because I was worried that the vacuum was going to suck his dick off and we were going to have to call an ambulance (I was new and didn’t understand how, uhh, durable the male genitals can be).   Fortunately, the vacuum was very loud and his eyes were closed, so he didn’t hear or see me scream.

The reactions of the other dommes are predictable: wow, what the fuck? and/or this is hilarious.  Everyone wants to see this session.  He doesn’t even have to tip the other women, though he always does.  You go in back and say “You guys have to see this!  Vacuum Cleaner Man is here!” and everyone wants to come in.

It takes him maybe 30 seconds to a minute.  Yes, he comes into the vacuum unit.  Don’t ask me why the fluid has never interfeared with the mechanical function (maybe it has….let’s not think too much about this).

Then he puts it back in his pants (I’ve peeked and it doesn’t look any the worse for wear) and leaves.

One thought on “Clients and Fapping (also, Vacuum Cleaner Man)”